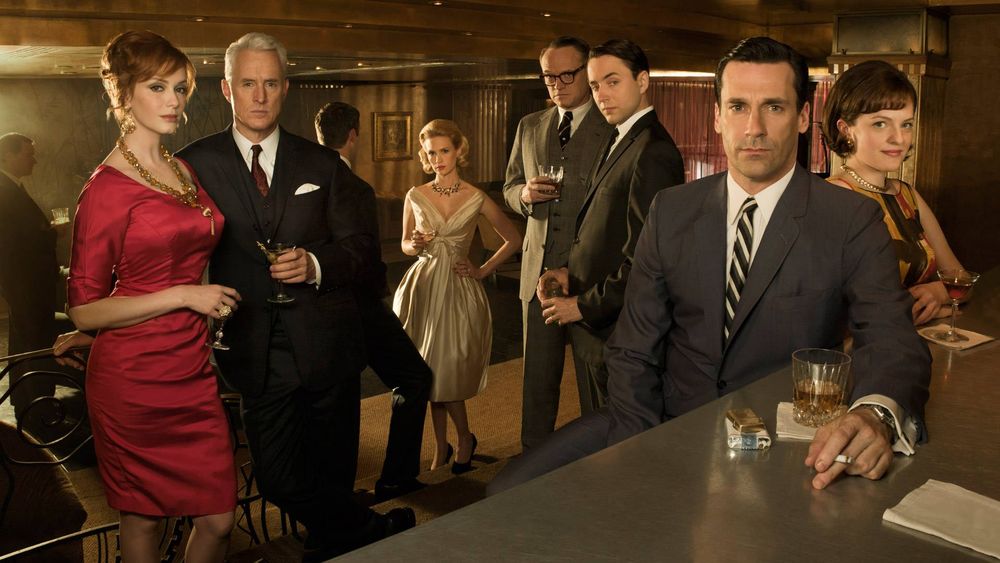 The very first episode of Mad Men opens with the title card:

Mad Men: A term coined in the late 1950s to describe the advertising executives of Madison Avenue.

And this — before the opening episode even starts — is the first of many lessons to be drawn from this popular US TV series about an advertising agency in the 1960s: Always take control of your brand message.

They were a new breed: the Creatives. They wanted to be thought of as wildly different.

They weren’t like any other office-worker America had seen. They rocked up to work late, lazed on sofas dreaming up ideas, hit the bars at night, and generally worked their expense accounts hard. They had whole new ways of working (some good, some bad).

The talent mattered, the client relationship mattered, and the results mattered. Nothing else did. No formalities. Clients were often shocked, but kept coming back for more — because these firms could achieve the creativity and boldness they just couldn’t manage in-house.

The creatives became famous, admired and wealthy. They had fun.

Am I saying we can learn about how to run agencies from a TV show? Yes, I really am.

After that opening title card, our very first sight of Don Draper is him working at a table in a bar, sketching out ideas on a napkin, and asking a waiter for his input. He doesn’t have to be in an office during office hours to be getting his ideas. He gets ideas from wherever he can, whenever he can.

And we all should too.

Mad Men is now included on Amazon Prime, so join us in a watch-along of a new episode each Monday night (perhaps with an Old Fashioned to hand if that’s your thing). We’ll post up an article about the episode, and we can all learn something and get some new ideas together.

Along the way we’ll learn about building agencies, selling agencies, building them again; about recruitment, retention, and motivation; about strategy, positioning; and much, much more.

Start following Mad Men with our notes for Series 1, Episode 1.