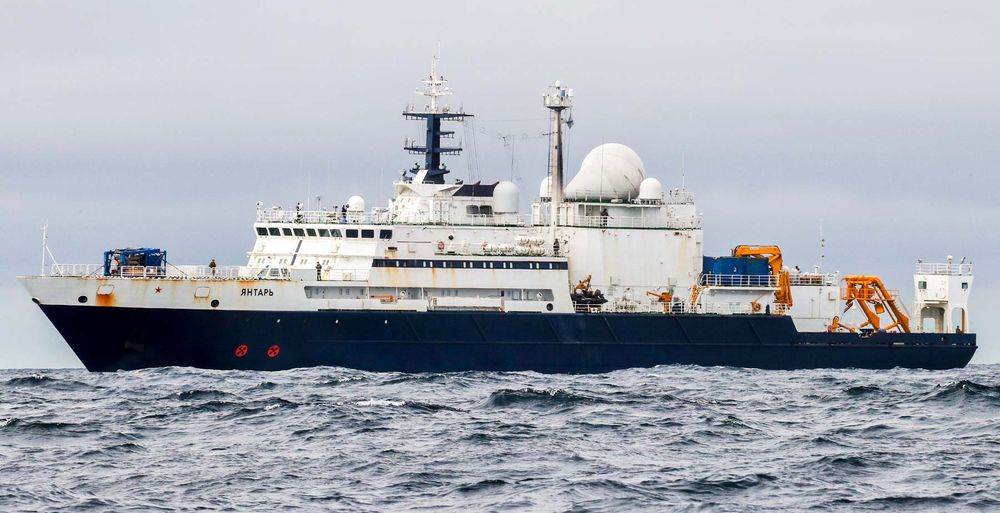 Over the last week we have all been increasingly alarmed at the Russian invasion of Ukraine. The fact that Vladimir Putin has ordered the Russian army to invade a sovereign foreign country on falsified pretexts is alarming enough. But the ongoing developments and the ramifications of the Russia–Ukraine war are distressing. International conflict was the first thing we identified in the 'Age of Unrest' theme in the Radar Report.

Particularly horrific are the impacts on the civilian population of Ukraine, and the refugee exodus from Ukraine has already exceeded 1 million. Twice within a week Putin's actions have brought the world to the brink of nuclear disaster: first giving orders for the Russian nuclear deterrent forces to be put on 'high alert'; and then, first firing on and then seizing the Zaporizhzhia nuclear power station in south-eastern Ukraine, Europe's largest nuclear power facility.

With Putin appearing determined to double down in the face of setbacks and sanctions, there's a high risk that the war in Ukraine could expand, both geographically and in terms of tactics. While we’re all rightly concerned for the people of Ukraine, from a distance, at the moment, some forms of expansion could affect agencies more directly and it’s responsible to explore how and prepare.

What are the impacts that could affect agencies, and what can agency leaders do to plan accordingly? In this post we’ll explore just one of the potential threats, the impact on the internet.

A War on Multiple Fronts

The Russian invasion of Ukraine is a thoroughly modern war. It is taking place on numerous fronts, and though the 'hot war' invasion with military personal and equipment is the most visible aspect of the war in Ukraine, it is only one part.

The invasion was preceded by cyber attacks on Ukraine's institutions, though further cyber-warfare techniques seem to have been notable for their absence. The online disinformation techniques Russia developed throughout the 2010s, ramping up  towards the UK's 2016 EU Referendum and the US Presidential election, have been deployed to spread disinformation about the invasion extensively through social media.

There are also more fundamental threats to internet infrastructure.

For years, there has been concern about threats posed by Russia to undersea data infrastructure. Several times in recent years, Russian military ships have been found in the vicinity of submarine internet infrastructure.

In August 2021, the Russian spy ship Yantar was monitored by Western defence forces as it loitered near vital trans-Atlantic internet data cables off the Irish coast. Though no reports of damage were reported, fibre tapping techniques have been used by military and intelligence agencies for more than two decades.

Similar activity was seen in 2017.

More recently, in late January and early February 2022, the Russian navy planned to hold a live-fire exercise off the Irish coast in the vicinity of the same cables, before it was eventually moved under Western naval and diplomatic pressure.

Internet infrastructure is a valuable target in a time of war, and equipment in remote locations such as submarine cables is particularly vulnerable. Damage (or worse) to any of the cables between Europe and North America could have serious repercussions in our increasingly digital business world.

Agencies should review digital aspects of their disaster recovery plan as a matter of urgency.

Here are a number of questions to prompt your review.

The pandemic has made many businesses pivot to using online communication tools such as video calling and conferencing that demand high-speed internet connections. These may be unusable in the event of damage or destruction to submarine cables.

Digital communications that do not require such high-speed internet connections are your alternative.

That will mean making use of the telephone for domestic communications, where conversations are one-to-one, or via a conference calling telephone line. Many international phone lines use the same submarine cables as internet data cables these days, so international telephony could also be affected.

You will need to look at other tools as well for digital communications, especially for your team.

In the first instance, this means asynchronous text communication tools, such as Slack or Discourse. Platforms like Signal, WhatsApp or Telegram may also work for you.

Email, however, is the ultimate low-bandwidth digital communication tool. You may want to review your agency's protocols for making best use of email as a communications medium — consider the impact of group emails and email chains, for instance.

You should bear in mind that, in this eventuality, you will need to incorporate several things into your communications:

Is your work is dependent on access to software-as-a-service (SaaS) or other cloud services? If so:

Do you have vital files, systems and other tools backed up online? If so:

Although there may be no impact on the infrastructure of the internet in the end, it is never a bad thing to have thought through the possibilities and worked out a contingency plan.

In the mean time, we all pray for the wellbeing for all in Ukraine, for a swift end to the conflict, and do what we can to support them, and to encourage our national governments to do all they can to put pressure on Putin and his close cadre of facilitators at the head of the Russian state.