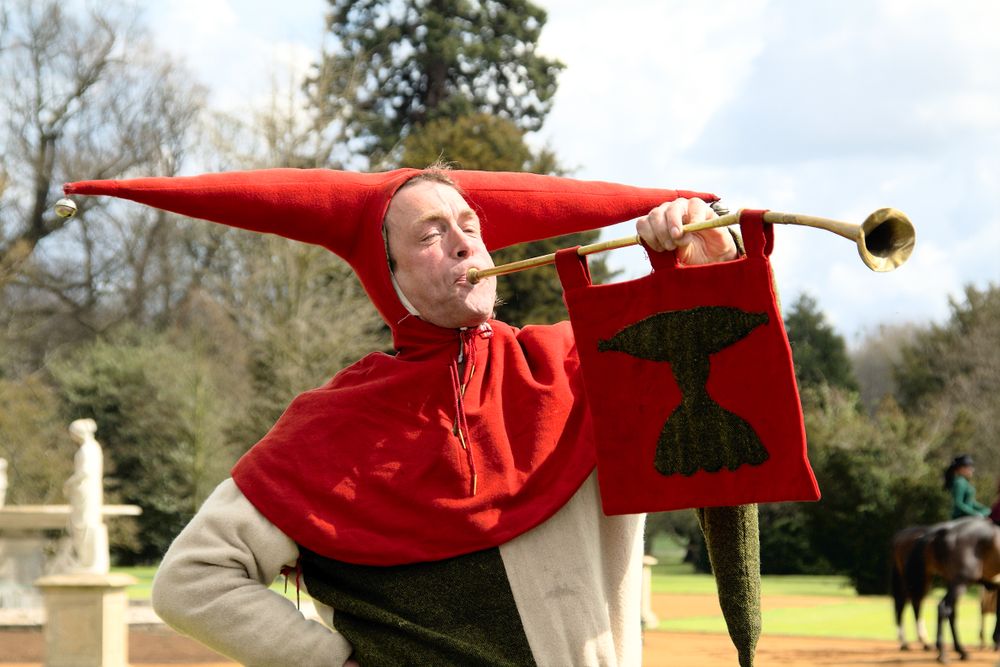 Convivio doesn't really do normal sales or marketing, so each year we skip the whole thing of "Let's do an April Fool press release that pretends we're releasing some cool but funny new product but really just promotes what we do right now."

But we do like doing a bit of campaigning — on issues we care about and things that matter — and with that the traditions of the Fool have always been in the backs of our minds.

The origin of April Fool’s Day itself is unclear. There are some hints, maybe, at Roman-era origins, in the festival of Hilaria held around the spring equinox, or in a group of fools or jesters who fooled Emperor Constantine to make one of them ‘king for a day.’ There are disputed associations with tricks being played on people in Chaucer’s The Canterbury Tales, as well.

However, the tradition of the jester or the fool is long and virtuous. From ancient Egypt, to the Renaissance and into the English royal court, jesters were employed as entertainers or ‘licensed fools’. They played music, told stories, and performed acrobatics and physical comedy. This licensed foolishness often gave the jester a unique opportunity as a trusted courtly figure to give difficult or bad news to the monarch, to use comedy and satire to speak honestly and powerfully in a way that no others could — in 1340, when the French fleet was destroyed at the Battle of Sluys by the English, Phillippe VI's jester told him the English sailors "don't even have the guts to jump into the water like our brave French."

The jester uses humour and comedic ridicule to speak truthfully to the powerful — as they say, only the foolish truly understand.

So, let's recapture April Fool's day for the fools rather than the product-promoters — a day of speaking truth to power, with a little silliness for good measure.

Our April Fool this year

We've heard from public servants, from other agencies, and we've noticed ourselves, that public sector procurement has gone a little bit off-the-rails over the last few years, and that's not just related to Covid response.

After years of great moves to build up transparency, open access, collaborative-working, and an ethical focus, things are being rolled quite sharply backwards.

You may also have read in (some of) the press about the wider and deeper issues in public sector procurement these days that are highlighting some huge problems.

In the coming weeks we'll blog about some research and analysis we've done into the serious issues.

But first we wanted to play court jester and speak a truthfully to the powerful in a slightly silly way. We're in a very privileged position —  we're close to the public sector but we're not public servants who are bound to keep shtum in public on these issues. So we take it upon ourselves to recognise that privilege and use it actively. We always try to be mindful of that as a responsibility, to get out there and campaign and be active voices for good.

We set up a Twitter account @GOVUKdigmkt, to spoof the actual Digital Marketplace (though with some clear giveaways to be sure there's no mistaken identity) …

We also set up a website with a full spoof of the actual Digital Marketplace (you can see the link in the twitter bio), but more on that later.

It's important to emphasise that our April Fool's is in no way to take a pop at the Digital Marketplace team (we think they and their work are brilliant and has been part of the good that has happened), CCS, any procurement people, or any buyers on the marketplace. What we aimed to do, as the Fool here, is draw attention to a set of systemic problems that are building up that are not assignable to any one group or organisation, but to all of us in the system.

Sure, some of the problems can have their roots traced to the very top of government, and those end up being the subject of Judicial Reviews or bad press — but the culture that has been set up has led to changes in actions (and inaction) across the whole system, including all of us suppliers.

If we don't all sit up and pay attention to the emerging culture now, if we don't think about making positive changes in our small pieces of it, we'll be unwitting contributors to things taking a very bad turn. Okay, more of a bad turn.

We'll write more on the serious issues in the next few weeks. For now, to the jesting …

That set the premise up, now for some light ribbing for warm up, with a few tweets about common gripes about the marketplace process...

Our hero on their last day at work is getting a bit bored packing up their things … so it's time for a bit of jesting:

… before we get to playing the fool for real:

And then to some lighter ribbing again:

This coffee thread continued for a while. You can still view all the tweets at https://twitter.com/GOVUKdigmkt.

The idea was that during this we'd unveil our spoof of the digital marketplace and some joke procurements. Oh, how you'd have laughed. Ahem.

Then things started getting a little screwy.

Things started getting a little screwy

We quietly published our site in the evening of 31st March, to make sure it was polished and ready for our big reveal on April Fool's day.

However, during the morning we found we were having trouble accessing the site. We soon found that the DNS for the spoof marketplace was 'unpropogated' from all the main root DNS providers. The records were just gone. We contacted the domain registrar and they had no idea how that could have happened, nothing had changed at their end. Together we tried triggering cache flushes at the DNS providers to pick up the details again, but it wouldn't work.

The domain was no secret, and was listed on the spoof Twitter bio. We'd been able to access it the night before to create the content, but it was completely unavailable now.

At the same time we began noticing that Twitter was behaving oddly. We saw that messages that the spoof Twitter account had followed our own accounts vanished from our notifications. People started reporting that they couldn't see previous tweets in our threads, and we could reproduce this from our own personal accounts:

We also tried the test of searching for the spoof account handle from our personal twitter search and it didn't come up.

It seems shadow bans really are a thing on Twitter.

Was someone trying to take our April Fool down? We were bemused and frustrated.

There is probably a good reason for this

It felt really strange at first. Invasive. In a country where peaceful protests are being banned it felt like an extra authoritarian step.

But sitting back to think about it, I've decided that it's probably the result of some good reasons.

The public sector has a problem with petty fraudsters, organised criminals, and others setting up fraudulent versions of government sites to trick people out of money, personal data, credentials and more.

A lot of effort has been put in, by NCSC and others, into spotting and stopping this as early as possible.

Maybe somewhere in government was a good person, blocking us for what they thought were good reasons.

Satire and parody, even when not very funny, are an important part of a healthy society's range of tools for registering dissent.

Our site and Twitter account clearly had pointers that they were jokes. It was April Fool's day.

But they probably got caught up in a system with no nuance, with systems and people just following the rules, doing what they'd been told.

Ours is oviously a small and unimportant example. But it's a view into the kind of thing we're beginning to see in small ways across public service and society as a whole. Think of people with more important issues and less privelege caught up by the changes we're seeing.

Think of how travellers, refugees, immigrants, minorities and more are being caught up in the changing laws, but also the changing culture that's incorporated into the system.

And it happens even though the individuals are good people, and they think they have good reasons.

And that's kind of our whole point

We set out as Fools to raise the issue that as good people, the buyers, suppliers, procurement specialists and others are gradually absorbing a new culture in the system. Things have changed, and are changing.

We are all good people, and we all have good reasons. But we have to see our place in the system and understand the effects that our actions have across its whole. We have to be careful, and gentle, and wise, and caring — even if our work seems so disconnected from the rest. It's not. Everything is connected.

By seeing those connections between us all, strengthening them, and working to build a better culture together, we can have a positive change.

Thanks to everyone that played along with us as we played the fool today. Our April Fool wasn't about tricking anyone, and I doubt anyone was — it was about having some silliness around some serious subjects.

Steve Parks
CEO
I’ve led creative agencies for 16 years. Before that I was a BBC journalist. I bring first-hand knowledge of agencies, and a journalist’s ability to research, analyse and communicate complex ideas.
Twitter linkedin RSS
More posts by Steve Parks.