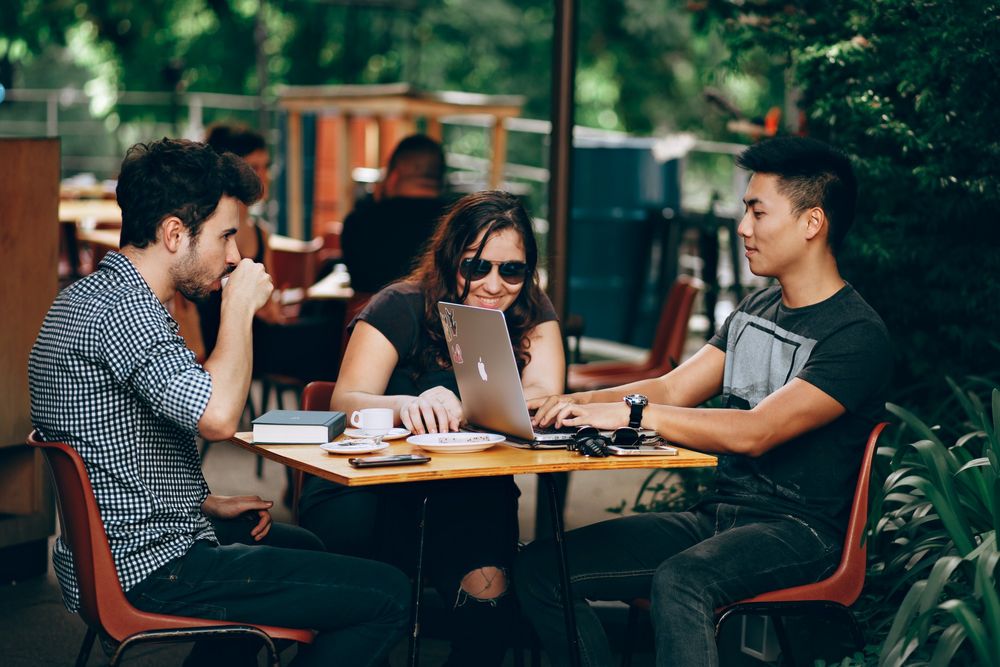 Modern knowledge-work needs the freedom of time, place and responsibility...

Knowledge industries, such as tech/digital, are full of people who end their working day feeling they haven’t been focused or productive enough, feeling under pressure, and feeling that they’re not able to give their best. They often feel that work eats into the rest of their life in a bid to make up for lost productivity. People burn out too often.

It’s time to look at the environment we create for work to be done in, and evolve it to better serve us. At the moment all we’ve done is transfer the models of the industrial revolution—bringing people in from the fields to factory production lines—to offices. We can do so much better than that.

The 5 Stages Of Knowledge-Work Evolution

Office work, alias ‘co-located’, is where most people are at. It’s the factory production line designed to the principles of Taylorism, transferred to knowledge-work. Everyone has their workstations, and effectively clocks in and out (even if it’s just that someone notices and bears a grudge when people aren’t at their desks). There’s artificial air, artificial light and an incessant background noise that’s hard to focus in. It’s almost impossible to get a meeting room, and Wi-Fi is generally terrible.

To require open-plan office work every single day is a completely dysfunctional way of doing knowledge-work. It creates a low-trust, low-productivity environment rife with presenteeism and busy-work.

Home-working is the next step up the ladder. You have to mostly work from a battery-farm office, but you’re allowed out sometimes for good behaviour, often with suspicion that ‘working from home’ is not really work and not productive.

Remote-working is the next evolution and also a bit of a messy mashup. There is still an office, and most people aren’t trusted (or don’t feel confident about doing otherwise) so they have to go to the office — but some people are allowed or confident enough to work from elsewhere. However, those people actually feel ‘remote’ too. They feel disconnected from the people in the main office, being left out of meetings or not quite able to hear what’s going on from their place inside the speakerphone at the end of the table. They only get to hear about some delicious birthday cake that everyone else is having. People who have tried remote working will often be willing to go back to office working to solve the communications problems.

Distributed-working is a bigger step on the road to freedom, but still practiced by a small percentage of companies. There is no central office at all, so everyone is equal and able to work from where they like. People can work from home, a cafe or a co-working space.

It’s made normal by the fact everyone does it, and made to work because it’s normal.

Everyone is on the same level for communications and meetings, and everyone gets to see the productivity that results. Once people have worked in this way, they are rarely willing to go back to office working.

This is the stage at which people ‘get’ that greater freedom for knowledge workers results in greater work. But, as they realise they are still constrained in other ways — such as time, hierarchy, micro-management — they become ready to explore more freedoms beyond just freedom of location.

Free-Range Work is the term we’ve started using at Convivio for what we think needs to come next. This involves people having complete freedom of location, time, and responsibility. Treating people as grown-ups who can manage themselves and their work, and letting them be the best they can be on any day, as well as enabling them to integrate work into their lives in a better way.

Free-Range Working still means people can work from anywhere they choose. This can be co-working spaces, home, cafes, anywhere.

But it also means other freedoms too. People can be in charge of when to do their work. I’ve had colleagues who take a break mid afternoon to pick the kids up from school and then come back to finish off later, others take time out for fitness or wellbeing while it’s sunny out. I sometimes realise my productivity has slumped, shutdown my laptop and just go for a walk or get on with something else — then come back to work later with a fresh mind and get much more done. I write complex documents best in the evening when all is quiet, for example. The focus is on what gets done by what deadline, not when within that period the work happens.

Most of all, people have freedom of responsibility.

This means self-managing — removing layers of bureaucracy, or 'organisational drag', that just get in the way of smart people trying to do the right things and do them right.

So, for example, we’ve moved to an approach where you check holidays with your team rather than your manager, and that’s enough. We make visible the problems that need to be solved to meet our company goals and people take those problems from the list and work on them. These are small examples that illustrate a larger cultural shift.

Only with the three freedoms of location, time, and responsibility do you truly have Free-Range Working.

Heading in that direction does feel scary and hard at first (and still does from time to time!), but it’s liberating and healthy. It creates the kind of workplace where we can all do the best work possible without the artificial stress created by industrial age management being imposed on knowledge work.

Main photo of people working in a cafe in a leafy location, by Helena Lopes