Each Monday we watch an episode of Mad Men (available on Amazon Prime) and put together notes on what we can learn from it about running agencies. Read an introduction to this blog series explaining more, and then follow our notes below for Episode 11…

At first viewing it would be easy to think the title of this episode comes from the long hot summer stretching into the Autumn months, but Mad Men always has a deeper level.

In fact, all of the characters are provided with a schooling in the Indian philosophy of karma.

Roger gets a harsh dose of it. After a hard-partying lifestyle he'd had a heart attack. This has alarmed the clients whose accounts he manages, so he ignores doctor's orders to rest in order to get back to the office and put on a brave face to meet the client … then promptly has another heart attack while chomping into a New York deli sandwich.

Bert Cooper, who pressured him to return, now has an even more concerned client and anxious staff, plus the resentment of Roger's wife — “I used to think you couldn't put a value on a human life, but then I never asked Bert Cooper, did I!”

Bert now has to take a big step to keep Lucky Strike, who indicate that only making Don a partner, binding him to the firm more tightly in doing so, will reassure them.

So, Don gets the biggest lessons in karma, and many of them. On the plus side, he's offered a partnership and a pay rise, which come purely as a result of his hard work and creativity being noticed by the clients. Some of the staff of Sterling Cooper, in discussing Don's likely elevation, say “Most of the accounts come for Don.”

But, on the downside, he's clearly sowing bad karma in his marriage. His absences from home, due to his disloyalty to his wife, mean she's lonely and frustrated. Betty starts to fantasise about other men, specifically a handsome air conditioning salesman who comes to the house.

The karmic centrepiece, though, is one that Don set up years before, showing how actions and reactions reverberate down the years in unexpected ways. When he assumed his new identity, his family thought he'd died. Then, a few episodes back his brother saw him in the paper after winning an award and tracked him down. Rather than welcome being reunited, Don was cold to him and tried to bribe him to go away and never come back. That broke his brother's heart. In this episode we see karma delivering back the payback to Don, landing all the secrets of his real identity into the hands of Pete Campbell who would dearly like to see him fall.

Pete Campbell himself has a hefty sense of entitlement: that the good things should come to him without hard work or thought, or taking the effort to put good energy out into the world. He demands that Don give him a promotion to be the new head of accounts, after having undermined and gossiped against Don at every turn.

Meanwhile, Peggy learns that karma is the result of actions, not just thoughts or luck. It is cause and effect. If we want good karma, we have to act to cause it.

"Karma" literally means "action," and more broadly names the universal principle of cause and effect, action and reaction, which Hindus believe governs all consciousness.

Karma is not fate, for we act with what can be described as a conditioned free will creating our own destinies. Karma refers to the totality of our actions and their concomitant reactions in this and previous lives, all of which determine our future.

The conquest of karma lies in intelligent action and dispassionate reaction. Not all karmas rebound immediately. Some accumulate and return unexpectedly in this or other lifetimes. Human beings are said to produce karma in four ways:
- through thoughts
- through right attitude words
- through actions that we perform ourselves
- through actions others perform under our instructions

Everything that we have ever thought, spoken, done or caused is karma, as is also that which we think, speak or do this very moment. — Wikipedia

She has done great work in her first steps as a copywriter and she meekly asks for a raise. Don tells her to be bold and ask for what she deserves. Don is beginning to see her potential and view her as a peer, and this advice is the beginning of a mentoring relationship.

He gives her another piece of good advice, on coming up with good ideas: “Think about it. Deeply. Then just forget it. An idea will jump up in your face.”

Don is a tough boss, but frank and fair. He rewards talent and hard work. His belief in, and mentoring of, Peggy will earn her deep respect and loyalty. Karma.

On a bad date, set up through her mother, with a boy from her old life, Peggy says, “Those people in Manhatten. They are better than us, because they want things they haven't seen.”

So karma isn't about sitting around having pure thoughts and waiting for some good fortune to land in your lap from the heavens — it's about going out and doing the right things, for all, that will lead to the results you want. Cause and Effect.

Karma and ambition are entirely compatible. It's all about the way you set out to realise your ambitions. Good actions lead to good results.

And there are lots of nods and winks in this episode about how you can't just wait for other people to please you, you have to get on and do it yourself. Take the matter into your own hands, as it were 😉 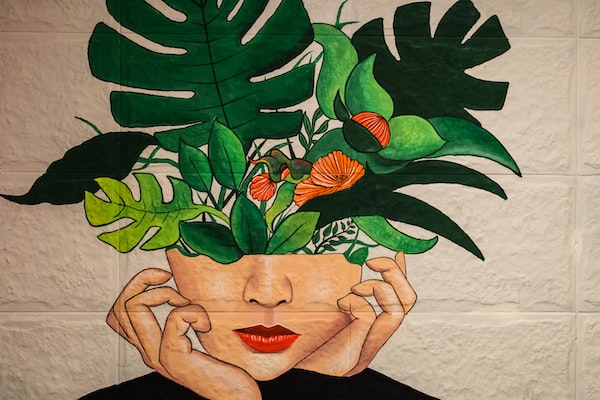