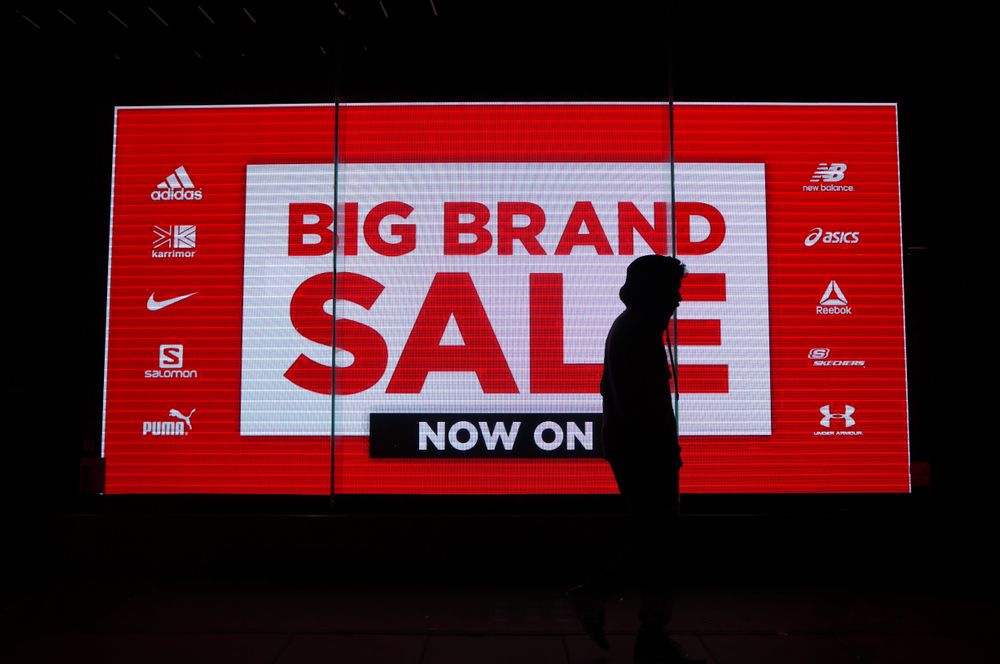 Dull old procurement has never been in the news so much, for so many of the wrong reasons. This post introduces a 'box set' of blogs examining the issues, particularly regarding public sector digital and SMEs …

The esteemed legal commentator David Allen Green wrote in his coverage of the last few years of Trump and Brexit shenanigans that 'constitutional law is supposed to be dull' when functioning healthily.

It's the same with procurement. If all is well, it should be boring, almost unseen — perhaps just a few grumbles from buyers and sellers about the hoops to jump through for good governance. Unfortunately all is not well and the humble purchasing process is all over the news with some very serious allegations.

We brought attention to this subject with a serious April Fool, but now it's time to look at the topic in more depth.

Before we dig into digital procurement, and procurement from SMEs, here's the context, with a recap of some of the bigger issues that have emerged:

All of this has attracted the attention of Transparency International, a respected global anti-corruption organisation. Their report, published today, covers the period Feb-Nov 2020, and finds "apparent systemic biases in the award of PPE contracts that favoured those with political connections to the party of government in Westminster."

It says 73 Covid-related contracts, worth over £3.7bn had multiple factors that would ordinarily be treated as red flags for corruption. 30 contracts worth over £2.1 billion were awarded to companies with clear direct political connections to the governing party. But more than that, they found that 14 companies, who were given contracts worth over £620m, had only been incorporated in 2020 — and 13 of these were less than 60 days old when handed the contracts.

The scandal is unravelling to such an extent that we're beginning to see a wider pollution of normal ethical practice from the people, organisations and processes who are supposed to be ensuring good governance. It's been found that the head of the Crown Commercial Service was also advising Greensill Capital, and the chair of the government's lobbying watchdog has failed to declare his own lobbying connections.

So, the wider picture is that something is going very wrong in public sector procurement. The fish is rotting from the head, but the stench is spreading everywhere.

That doesn't mean corruption extends low down in government, but that it's very hard for those in public service to push back against the prevailing political will and the pressure from the top.

Let's move from a broad look at the wider context, to looking at the specifics for public sector digital procurement.

For this there isn't as much publicly available reporting in the media to refer to as sources. My methodology has been to talk to past and serving public servants, leaders of multiple suppliers, and procurement experts — to build up a picture of what's been happening beyond my own experience.

What I found here was not at all like the warning signs of corruption as on the high profile issues above — but instead that there are now broad systemic issues which have emerged from the change in culture and expectations from on high.

At this level each player has good intentions, but the effects on them from other parts of the system require them to take sub-optimal actions from the perspective of the whole, the greater good. This then spreads adverse effects to others who in turn have to make sub-optimal moves.

In my view this means that if we make ourselves aware of the system we are all working in, we can effect postive change, even in small ways. There is hope.

So, in this section, what I examine is what is going wrong in the system.

First, it's important to refresh ourselves on the progress that had been made in this area. So much good work was done between 2010 and 2016. First with G-Cloud, then Digital Outcomes and Specialists. Opening up procurement, simplifying the process, reducing the cost, maximising transparency — and linking work to be done directly to the outcomes for users. Focused, hard-working and caring teams at GDS and Crown Commercial Services (CCS) did some great things with setting standards, the Digital Marketplace, the buyer communities and more.

Gradually government became open to working with a new wave of digital suppliers in ways that allowed for smaller pieces of work to be bitten off in each go. This also reduced risk and increased momentum and agility. The fact you could get a project through procurement in under 10 weeks, with relatively lightweight simple paperwork, is something we take for granted now, but it was revolutionary. It made it possible to procurer in smaller batches.

As a consequence, a community of public sector digital SME businesses sprung up in the UK, and they were able to grow in size and maturity. It even began to be a sector that could credibly export its expertise, and win work from other governments abroad.

Then, in 2016, Brexit hit. Suddenly transparency in the UK Government was out of fashion. There was a complete freeze in the headlights for about six months and then normal procurements slowly started again. But there was little appetite for it to be clear exactly what work needed to be done for the magical 'technology solutions' to mitigate the effects of Brexit, or what specifically each thing cost. Added to that, there was little appetite for ministers to actually decide what Brexit was, beyond being red, white and blue. It was a slippery beast that kept changing with each speech, each ministerial direction. That made it impossible for departments to plan ahead, let alone work openly.

This led to a chain of regressions:

This all gradually became the new normal between 2016 and 2020, and was then only amplified when the Covid crisis hit.

G-Cloud, DOS and the Digital Marketplace have their roots in the aspiration of Francis Maude in 2011 of moving government away from big deals with big business that often failed to meet expectations, towards working with small specialised businesses in a more agile way towards clear outcomes for users. That aim would be acheived through simplifying buying processes, working on smaller projects, and having light-touch governance in return for greater transparency.

That mission was gradually being delivered, but since the inflection point of 2016, what has happened instead is the worst of both worlds:

We now have big deals with big business being procured with the simplified buying processes and light-touch governance intended for SMEs, with no transparency.

The global consultancies and outsourcing firms are laughing all the way to their offshore tax havens. It's been boom time for them in the public sector since 2016.

Meanwhile, the nascent UK public sector digital SMEs, which could have been a British success story on the world stage, have been set back 10 years. Many are no longer independent owner-managed businesses, but brands under corporate management. Some have left the sector. Some have closed.

In a later post I'll set out why this is bad for the public sector, and the country, too.

It would be a good service to the UK public interest to reverse this trend, and get back on the path to healthy public sector procurement for digital services — delivering innovation, transparency, good value, meaningful jobs and values-driven client services — as well as paying their taxes, in full, in the UK.

Together, we can make procurement dull again.

In the rest of the series we'll explore some of the issues raised in this introductory post in more depth, including digging into the data — and look towards some solutions. I'll publish a new post each day over the coming week.

Photo by Jon Cellier on Unsplash